diamond painting kits are on sale for 50% off - with free shipping!

Reality TV with Deion Sanders and his wife, Pilar

Deion & Pilar: Prime Time Love follows the home life of NFL superstar Deion Sanders and his wife, Pilar and five kids in small town Texas. The eight episode series follows the home life of sports superstar Deion Sanders – the only athlete to ever play in both a Super Bowl® and a World Series – and his wife, Pilar. A former model and glamorous big city girl, Pilar lives with Deion and their five children in the small town of Prosper, Texas – population 2,000. A homemaker and devoted mother, Pilar wants to show her husband and the world that she brings more to the table than just dinner.

The program, on the Oxygen network, debuted in April 2008. Episode 2 – Pilar’s Lesson/Birds and the Bees stars two of Dallas Maid’s finest (Lucia and Heather, pictured left). When Pilar’s efforts around the house go unappreciated, Pilar decides to prove that her contributions as wife and mother have a surprising monetary value. She hires Dallas Maids to take on the house cleaning. She also hires other businesses to outsource her daily chores. Deion notices when he gets the bill. 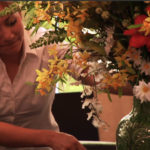 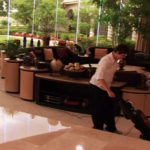 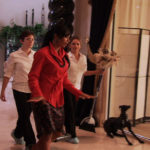